Mark Archer started his Production career in 1988 along with Dean Meredith, at newly opened Blue Chip Studio's in his hometown of Stafford. Starting off as a hip hop/sample house group called Rhythm Mode D, they recorded a few tracks for the studio's own label before branching out with different styles including acid house and techno amongst others. Archer was a founder member of Bizarre inc... before starting up a new project under the name Nexus 21 who had a string of releases on renowned labels such as Network and R&S Records (and were the first artists to receive a remix by the legendary Carl Craig). At the same time, Mark began a side project, which became one of the biggest acts in rave history, Altern 8.

Mark Archer went on to form Slo-Moshun, a duo of Archer and Danny Taurus from Stoke on Trent. They released ‘Bells of New York’, one of the biggest club hits of early 1994. Archer has also recorded under the pseudonym ‘Mr Nex’, for label TCR and remixed ‘Edzy’s’ – ‘Do it till you burn’ on Strictly Rhythm. 2007 was a return to the sound of Nexus 21 with the solo release of the 'Songs for einna EP' , which sold out before it's release date and has had collectors paying big money for the sought after vinyl only release. 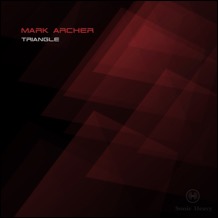