Tommy Mundell grew up in Portsmouth, England he drew early inspiration from his parents diverse music collection. A mix of soul, blues to progressive rock and electronic pop.

"I appreciated all the different styles but it was the electronic sound which really made an impression on me and got me thinking about how music is made, which  I found fascinating and magical"

About the age of twelve Tommy would buy old rave tapes, jungle and early house CD's. Having been listening to and buying this music for a few years, it was only a matter of time before he would experience the true effect. Played in real club environments with good loud systems.This came when aged sixteen at 'The Manner' in Bournemouth with some older friends. Here you could see some of the best DJ's of today play on a weekly basis. The music here varied from percussive latin house in one room and deep electronic house and techno in the other. "It was the first time I saw or heard anything like this and knew I wanted to be a part of the culture."

With a growing passion and understanding he started making mix tapes and to put on monthly parties in Portsmouth. Never wanting to be pigeon holed as a DJ or producer and always playing records old and new. Creating that element of surprise for the special moment in his DJ sets.This versatility and passion has led Tommy to put on his own events with friends playing with talent such as Terry Francis, Eddie Richards, Adultnapper, Tommy Four Seven and be booked to warm up at other club nights for Josh Wink, Mr C and Phil Kiearn. Now producing Tommy draws on frequent escapes to Ibiza and WMC parties, also years of putting on events and traveling.

"I was beginning to hear the little differences in my ears, slowly my music made more sense to me". 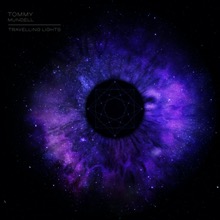